You can also read my other blogs at PrepareHOW whose links i have provided at the end of the blog. So we will be ranking the best government universities in Lahore so you should know in which university you should apply for and take admission if secured. Its also worth noting that all of these universities have famous alumni.

King Edward Medical University is one of the oldest and most famous government universities in Pakistan. It was formed in 1860 and named after King Edward VII. It is located in Anarkali Bazaar Lahore.

You can visit KEMU here.

Known as UHS Lahore, it was established in 2002 and the Governor of Punjab is the chancellor of this university. This university conducts the UHS MDCAT test for the students applying for admission in medical universities.

It is considered in the top most universities in the field of medical science. It is also affiliated with Higher Education Commission known as HEC, PMDC and Pharmacy council of Pakistan.

You can visit UHS here.

GCU Lahore as it is most commonly known and is considered one of the best government universities in Lahore. It was established in 1861 as a college but after 2002 it was ranked as a university. It is also considered in the top 10 largest universities in Pakistan in terms of number of students because it has other campuses.

It provides both bachelors and masters programs and is also affiliated with Higher Education Commission, PEC and PBC. The chancellor of university is the Governor of Punjab.

You can visit GCU here.

Allama Iqbal Medical College is considered in one of the best government universities in Pakistan even. It provides the services in medicine, nursing and health sciences. It was established in 1975 as Lahore Medical College and is located near Faisal Town Lahore.

It provides both undergraduate and post graduate degrees and it is affiliated with PM&DC, UHS and CPSP.

You can visit AIMC here.

The University of Punjab is commonly known as Punjab University. This university was established in late 19th century. It is the oldest university of Pakistan. There are 80+ departments and research centers as well as many campuses in different cities.

This university is also affiliated with Higher Education Commission (HEC), Engineering Council and PBC. There is also the facility of hostels for both boys and girls. Out of 28 hostels there are 17 hostels that are reserved for boys and 11 hostels are reserved for women in the Lahore campus.

You can visit UCP here.

ITU Lahore as it is commonly known is considered one of the best government universities. It was established in 2012 that was headed by Umar Saif (a Pakistani Scientist). It is located in the Arfa Software Technology Park.

It also has Pakistan’s largest startup incubator. It has affiliation with HEC and PEC as well and offers BS in Computer Science, Electrical Engineering, Computer Engineering, Management and Technology and etc).

You can visit ITU here.

University of Education was established in 2002 and the chancellor of the university is the Governor of Punjab. It offers BS and MS in programs such as Chemistry, Physics, Zoology etc.

It has many campuses in Punjab and its main campus is in Johar Town Lahore. It was also considered the top university in the ranking of HEC in 2010.

You can visit UE here.

It is located in Queen’s Road, Mozang Chungi, Lahore and is affiliated with UHS and is recognized by PMDC as well as by CSPS.

You can visit FJMU here.

9. Pakistan Institute Of Fashion And Design

Pakistan Institute of Fashion and Design is commonly known as PIFD. It was established in 1994. The President of Pakistan is the chancellor of the university. In 2010 the Pakistani government granted the rights to the university to issue degrees on its behalf.

This government university is a member of International Association of Universities and Colleges of Art, Design and Media (Cumulus Association), a global network of universities and colleges teaching art, design and media. It is located in Block J of Johar town Lahore.

You can visit PIFD here.

10. University Of Engineering And Technology

UET Lahore as it is most commonly known is one of the most famous and best government universities present in Lahore as well as Pakistan. It is an engineering university that was founded in 1921 and was initially known as MacLagan Engineering College.

It offers BS and MS programs in various engineering fields such as Electrical engineering, Computer Science etc. It has been ranked highly by HEC and QS ranking as well and is recognized by PEC as well. It is located on GT Road near Shalimar Gardens in Lahore.

You can visit UET here.

You can also download the PrepareHOW app for preparation of entry tests.

You can also visit the PrepareHOW Facebook page to learn the latest news. 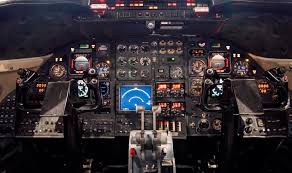 Scope of Avionics Engineering in Pakistan

Army Medical College – How To Get Admission (Important Tips) 2020